An agreement should contain a number of details. It should not contain unreasonable or unpermitted conditions. Details such as how much the service costs, what technology it requires, who the seller is and the company you are signing the agreement with should be clearly presented. 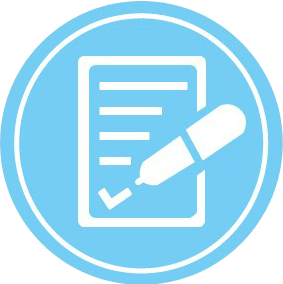 What the agreement should contain

Your agreement with the operator must contain the following details at minimum:

Information on the service(s) and any restrictions

Your right to remuneration

Agreements for internet connection services must contain not just the details above, but also the following:

Conditions are considered unfair or unpermitted if they are in breach of binding consumer legislation, or if they breach non-binding legislation but still lead to such major disadvantages for you that the balance between your rights and those of the company becomes unreasonable. They are also prohibited if they are misleading or unclearly worded in such a way that they could mislead you about the meaning of the conditions or about your rights.

If the operator has conditions of agreement that state that you will have to pay more for the service than the price stated in the agreement, these conditions will not be applicable unless you have expressly agreed to them. In such instances, you have the right to reclaim the money paid.

Conditions of agreement that are unfair to the consumer may be prohibited by the Patent and Market Court. The Court has deemed the following conditions, amongst others, unfair:

Examples from the EU

If a condition in an agreement drafted by the operator is unclear and you and the operator have different views on how it should be interpreted, your interpretation may take precedence under the so-called ‘oklarhetsregeln’ or ‘rule of unclarity’. This rule means that unclear elements in conditions of an agreement are interpreted in the way that is most beneficial for the party who did not draft the conditions.

An unclear condition in a standard agreement, i.e. an agreement drawn up in advance by the company and that you as the consumer could not influence, should, according to the law, be interpreted in the consumer’s favour.

The Consumer Agency (Konsumentverket) is the authority responsible for ensuring that agreement conditions are not unfair for consumers.